Home » Bullying » MOVING ON AND MOVING UP

MOVING ON AND MOVING UP 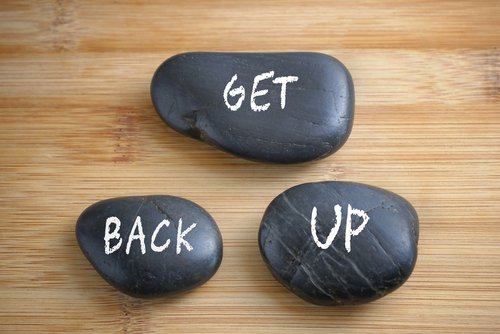 If you are affected by issues like those discussed in this blog, and have struggled to build resilience, please contact me for an initial free chat on 0785 7422614 or at martin@mjbcoaching.co.uk to discover how we can work together to help you move your life in a positive direction.

In this case study, I speak to someone bullied between the ages of 11 and 16 due to a skin condition that she had, and how she built resilience. Now 30 years old, she reflects on the experience and how it helped her to later deal with bullying incidents in the workplace.

She talks about how important supportive friends and family can be, and how schools can do more to support children affected by this issue.

ZW      I was bullied heavily throughout school. I had severe acne from the top of my head, down my back and on to my legs. It was also from my chest upwards.

ZW      It was between the ages of 10 and 11. It was at its worst at 13. It disappeared after a severe course of Roaccutane, which brings out the ‘badness’ in the skin.

MB      How long did the course of treatment last?

ZW      It was over 18 months. The skin gets worse before it gets better, so the bullying increased during this time. My lips would bleed. I had red eyes, nose bleeds. My ears would bleed.

ZW      It did start to clear up. It was one of the most extreme cases of acne, according to the doctor.

MB      Did you experience bullying before the age of 11?

ZW      It was from many places. Initially, my dad and brothers commented. They said things like “are you ever going to wash properly?”, “are you going to stop eating junk food?” They were joking but they stopped when they realised the effect it was having on me.

ZW      It was mainly boys in class, and even the primary school friends that I’d known joined in. ‘Pizza face’ or ‘sugar puff monster’ were some of the names I was called.

ZW      There was only one time when a boy thought it would be funny to throw dog poo at me or, at least, he’d made it look like dog poo. My mum and dad were splitting up at the time so I had other things going on as well. I went over and attacked him. He then attacked me back.

ZW      I went home as I was really upset. We both got reprimanded, and we were asked to apologise to each other. I’m 30 now and still don’t speak to that person. We live in the same village, and I’ve seen him around.

MB      Was it worse because it was physical?

ZW      No, not necessarily. It is just as bad when not physical.

MB      Do you think standing up for yourself worked?

ZW      In Year 10, I was 15 and my skin was getting better. I stood up to a lad who was quite violent, which I think surprised him. Later, he saw blood was coming out of my lips and nose. I couldn’t feel it because of my medication. He said “you’re actually quite poorly, aren’t you?”

MB      Do you think he would have responded like that if you had not stood up to him?

ZW      He might have acted differently. He didn’t bother me again after that.

MB      Was it always the same kids doing the bullying?

ZW      They were bullies against lots of people. I was the one with the most severe acne. One guy had epilepsy, and he was heavily bullied. Another girl was overweight, and she was bullied. This was towards the end, so I became involved with the bullies again by standing up for her after my bullying had stopped. One guy with autism was also bullied.

The kids who stood out got bullied.

MB      Have you ever thought about why they did this?

ZW      I spoke to the girl later when I was at college. She said that she didn’t want to be bullied, which was why she did it. She had her own issues with the way she looked.

MB      Where were the teachers or the school in all of this?

ZW      Me and my brother were 2 years apart. Some girls were bullying him. He also had skin problems. The teachers were not doing anything, and I was quite protective. I told his geography teacher, who said that he would speak to my brother and the girls. I said that I would take action if nothing happened. Nothing happened, so I ended up in a fight with the girls.

MB      They wanted to brush it under the carpet? Why would they do that?

ZW      I don’t think they wanted the paperwork. Teachers used to say ‘if bullying goes on, it would be reported’.

ZW      I didn’t think highly of them back then, although my teachers at college changed my perception. I also had good teachers at primary school.

MB      Do you feel that you could have done things differently when you were at school?

ZW      Not really. I informed the teachers, my parents and siblings.

ZW      I was happy with my friends. It was only worse when I was on my own in classes.

ZW      At times they would. I would be spat on, tripped up. If the bullies could single you out, they would.

MB      What would it have been like if you didn’t have those friends?

ZW      It would have been horrendous. I had known them since I was 4, apart from one of them from the age of 11. It was lucky that I was put with people who I knew at secondary school.

MB      Did you make friends with others in the class?

ZW      Others also tended to stay with their friends from primary school.

ZW      It was subdued, and I didn’t socialise out of school except with 2 or 3 of the girls. I wasn’t out drinking or anything like that. I just wanted to stay at home.

ZW      Mum and dad were very good. Dad became ‘my rock’ once he knew the extent of the bullying, like he should have been from the start.

MB      How has the bullying affected you as an adult?

ZW      A lot to start with. It was one of the reasons I spoke to a counsellor at college. Until I was 19, I didn’t speak to the opposite sex properly. I got panicky around them.

I used to write my thoughts in a journal, from the age of from 13 until University, which helped. My mood swings could be up and down.

It affects your confidence. My confidence improved when I moved to America for a year, when I was 19, as I didn’t know anyone there. It was an internship at University.

MB      Do you think others could have handled it differently?

ZW      The school could have provided more support. They could maybe have done bullying seminars. Get the person who had been the bully there to talk about why they did it, and what the repercussions were. Even bring in a parent who has lost a child to bullying. Show that words mean something; kids may see the comments that they make as flippant, but they are not.

MB      How would you feel about the bullies if you met them now?

ZW      I wouldn’t want to talk to them now, and I would be numb towards them. They were kids, but I never bullied anyone. It says more about them than it does about you.

ZW      Coming back from New York. I could speak properly and hold my head up. When I was there, I could be myself. The feedback I received from people whilst I was there was positive, and I got my independence back.

My 2nd year at University, back here, was the best year. I didn’t care about peoples’ opinions anymore except my own and those close to me.

ZW      If your parents or the Doctor is not listening because of your age, get a second opinion. At 13, I went to the Doctor every 4 weeks to tell him that my medication was not working. He eventually referred me to a dermatological specialist. If I’d not seen the specialist (because I requested it), I could have ended up with worse scarring.

MB      Do you think things would have been different if you had stood up to the bullies early?

ZW      Not really, they would probably have retaliated and, at 11 or 12, I wasn’t confident enough to do that anyway.

MB      What about the two bullies who did stop?

ZW      That was towards end of school. They had mellowed by then.

MB      How do you think these things should be dealt with?

ZW      There should be a realistic investigation. Get the accounts of others. Other people hear what’s going on. Teachers will hear it in class, and then say they have not heard anything.

Use scare tactics. Show the effect bullying can have on people from every side (i.e. the bully or the victim).

The worst thing you can do is keep it to yourself. Would it ever get fixed? If you stay silent, there can only be negative effects from that.

MB      Have you had to deal with any type of bullying since school?

ZW      Twice in employment, I have been bullied. But because of what happened, I am now more resilient and vocal. I don’t put up with it.

MB      Tell me about your experiences.

ZW      In my first job after University, they didn’t think that I fitted in. I worked in the Reservations Department of an Italian restaurant. After being offered the job at the end of the interview, they also said “you need to present yourself like this at all times”. They were talking about skirt, high heels, red lipstick.

I turned up in my black and white uniform with minimal make-up and flat shoes, which I was told didn’t fit with the business. I didn’t know what they meant. Before the end of the 3 month probation period, I decided to leave.

On one occasion, my boss grabbed of my clothes and said “What’s this?” At a function where I was working, someone else was wearing a black dress. The boss said “that is how you should dress” – i.e. black dress, red lips.

The boss’ supervisor turned off the air conditioning on a hot day. I asked why, and he said “because you’re frigid”. Then on the next shift, the boss asked his wife to have a word with me. She said “in simple terms, your face doesn’t fit but wear make-up, high heels, skirt and you’ll be OK”.

I typed up my letter of resignation, and left.

MB      What about your other experience?

ZW      I was an Assistant Conference and Events Manager at a hotel. My supervisor didn’t take a liking to me through jealousy.

ZW      Because I increased sales conversion. She also thought that by me doing extra hours, it reflected badly on other people.

I made some small errors as I am dyspraxic. She would shout and say I’m ‘stupid’ and ‘thick’ when others were not around. She wouldn’t do it in front of others.

ZW      Eventually, there was a big argument, and I reported bullying to HR. Then my doctor signed me off for 10 days with exhaustion.

The Company said that if I did not come in, I would lose my job. So, me being me, I came in and then HR had to escort me off premises. The supervisor and manager received reprimands for saying that I would lose my job. Whilst this was going on, another hotel approached me and I moved there.

MB      How did your childhood experiences help in these situations?

ZW      A major benefit was that it gave me a thicker skin to deal with it.