Home » Bullying » MOVING ON FROM BULLYING IN CHILDHOOD

MOVING ON FROM BULLYING IN CHILDHOOD 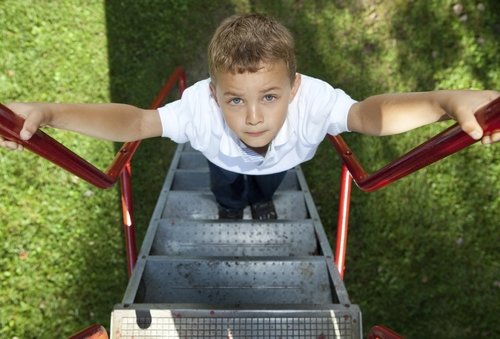 If you are affected by issues similar to those discussed in this blog, please contact me for an initial free chat on 0785 7422614 or at martin@mjbcoaching.co.uk to discover how we can work together to help you move your life in a positive direction.

The following case study recaps a conversation with someone bullied in their childhood between the ages of 9 and 12. Now 18, he reflects on how it made him feel, when things started to get better, and how he is not affected by his childhood experiences today.

There is advice for children on things they can do to improve their situation such as finding common interests, or trying to become part of a group. He also provides ideas for youngsters on who they might confide in, as well as reflecting on why bullies do what they do.

WHAT HAPPENED IN YOUR CHILDHOOD?

MB     When were you bullied in childhood?

AS       I was bullied from midway through primary school until the early years of secondary school; from the age of about 9 to 12. I got called names at later secondary school but it was not as personal.

It was to do with the birthmark down one side of my face. They called me ‘redface’.

AS       I was called names now and again. It was mainly staring but it was nothing too serious; more question-based and petty name calling.

AS       People questioned more. They started to understand what it was on my face. They asked more and more questions. “Why is it so red?”, “Why is it so horrible?”, “Has he been smacked or burnt?”

I would say ‘no’ the majority of the time but people would make their own assumptions about whether I had been hit or burnt.

The whole thing felt more serious at the time but a lot of it seems petty now. It progressed to flat-out name calling. “Glue your skin back on“ was one thing. Some kid said this whilst trying to give me a glue stick. After I had laser surgery, and the birthmark initially went redder, I was asked “Have you been punched harder?”

MB      Was there any physical bullying?

AS       It made me feel quite sad but I kept it inside and didn’t express emotion. It made me more reserved.

DID YOU FIND SUPPORT?

AS       Everything was fine at home. That was a calm space but I didn’t really speak to my parents about it.

AS       I told my mum towards the end of primary school, and she was shocked. I said there was no point telling the teachers. The teachers at primary school were not very good.

MB      What caused things to get better?

AS       It calmed down at secondary school as the kids matured. However, I do remember walking down the street at 13 with my mum. Someone said “look after your kid” to my mum as though she had hit me.

MB      Did you have any resentment towards the children who had bullied you at an earlier age?

AS       I didn’t feel too angry. You let things go as you get older. The bullies opened up and decided they wanted to have friends, and their behaviour changed.

MB     What did you think when the comments started to dry up?

AS       I was self-conscious for a while after it stopped.

MB      In what way are you affected by what happened in your childhood today?

AS       It doesn’t affect me now at all. I am 18 in October and, if they said those things now, I would just laugh at them. It was very immature.

MB      If you had to give advice to a child suffering bullying, what would you tell them?

AS       The more friends you have, the less likely you are to have the piss taken out of you.

You need to find common interests with others. I was into football. At 6th form, they have split us into groups so that we would speak to people that we wouldn’t normally speak to. It was team building.

MB      Would this type of thing help if schools did things like this at an earlier age?

HOW SHOULD OTHER KIDS HANDLE SIMILAR ISSUES IN THEIR CHILDHOOD?

MB      Do you think others would have handled the situation differently to you?

AS       Not everyone would have handled it the same, particularly if you were a shy person.

MB      What would you tell those children?

AS       Try and speak to more people, and try harder to make friends. Talk about interests and hobbies.

MB      What about speaking to a teacher?

AS       It is easier said than done to tell a teacher. You are more likely to get more bullying.

MB      What about speaking to parents? You didn’t really take that option.

AS       It could work for some kids. Parents might open up about their past experiences. Otherwise, you could go to grandparents, an uncle, an auntie or an older sibling to give a broader look on things.

AS       It could help the child to see how they can do things differently or to know that they have done nothing wrong.

MB      Why do you think the bullies acted the way that they did?

AS       They did it just for laughs. It wasn’t hatred; it was to get popularity. They might have got a few laughs but people stayed away from them.